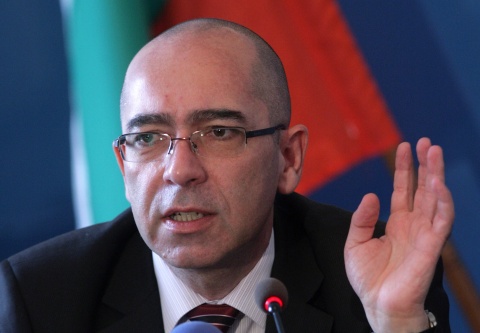 "Smokers are people who need to be helped. I don't want to restrict their freedoms, I want to improve their health," the health minister declared.

He announced that health inspectors have visited 27 000 public venues around the country to inspect the introduction of the already existing anti-smoking restrictions.

According to the restrictions that entered into effect on December 19, 2010, indoor smoking in restaurants, clubs, bars, hotels, railroad stations, airports, malls, offices and schools is allowed only in separate spaces with closing doors.

"People think that nobody will inspect them after the working day is over but that is wrong. If somebody thinks that the countries in Western Europe have got rules because all people have been conscientious, they are deluded. Everything is a matter of control," Kostantinov said.

He stated further that Bulgaria must not put off the introduction of a draconian smoking ban.

"I think that the Bulgarian society has already matured enough, and that the majority of the people are on my side regarding the introduction of the all-out ban sooner rather than later," the minister said.

Bulgarian Prime Minister Boyko Borisov and his party GERB has been sending mixed messages regarding restrictions to smoking in public after in 2010 it backed down on a planned universal ban in public venues over protests by restaurant and cafe owners.