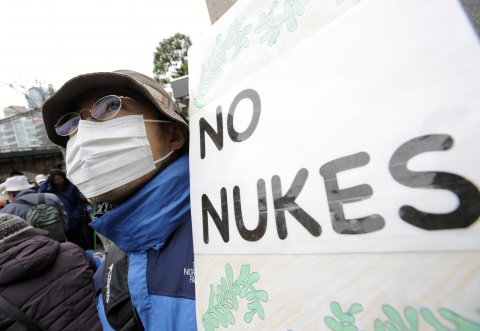 The bodies of two workers at Japan's Fukushima Daiichi nuclear plant, who had been missing, were found at the plant on Sunday, TEPCO announced.

Tokyo Electric, as cited by the NYT, said the workers at the Daiichi plant were found in the basement of the turbine building connected to the plant's No. 4 reactor. The company found the workers on Wednesday, but did not release the details until their families had been notified.

The company said the workers, Kazuhiro Kokubo and Yoshiki Terashima, died on March 11 around 4 pm, after the tsunami hit the Daiichi plant.

Tokyo Electric's chairman, Tsunehisa Katsumata, said in a statement the two man died while trying to protect the power plant.

Of the other five deaths of power plant workers connected to the earthquake and tsunami, one man died when he was struck by a crane that had toppled at the Fukushima Daini nuclear plant, six miles from the Daiichi plant. Four other workers died at Tokyo Electric's Hitachinaka thermal power plant when they fell from the chimneys they were working on.

The confirmation of the deaths at the Daiichi plant came a day after Japanese safety officials announced that highly radioactive water was leaking directly into the sea from a damaged pit near one of the plant's crippled reactors. The leak was the latest setback in the increasingly difficult bid to regain control of the plant.

Although higher than normal levels of radiation have been detected in the ocean water near the plant in recent days, this was the first time the source of any leaks was found.