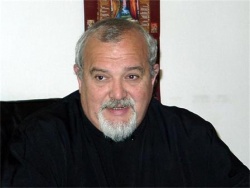 Kamen Barakov, a priest from Bulgaria's alternative synod, who was among the front-runners of the rebel clergy, has been killed in a car crash.

The crash occurred on Monday on Sofia ring-road near the villages of Busmantsi and Kazichane. Barakov was driving his own BMW, but it was not immediately clear what caused the crash and whether other cars were involved in it. He died on the spot.

Kamen Barakov was one of those, who secured the Alternative Synod victory in the Strasbourg European Court of Human Rights, which ruled in September last year that the Bulgarian state has unduly forced Bulgarian Eastern Orthodox Christians to worship under only one church by chasing out clergy from the 'alternative' synod out of temples.