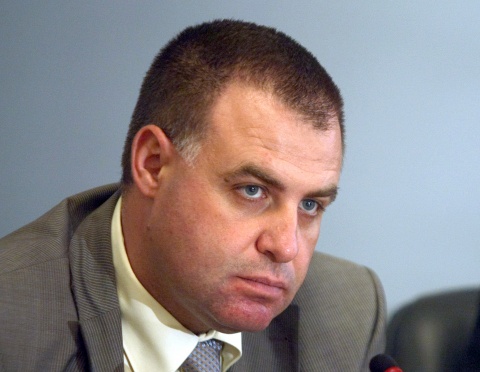 Bulgaria's right-wing Union of Democratic Forces (UDF) presented Tuesday evidence of corruption practices in the Agriculture Ministry and the State Fund "Agriculture" - the agency dealing with payments from the EU SAPARD program.

Boris Markov, Head of the UDF Election Campaign Headquarters, informed the documents have been sent to the Parliamentary Anti-Corruption Committee and the Prosecutor's Office, but there is no response received as of now.

The right-wing demanded the resignation of Agriculture Minister, Miroslav Naydenov.

The reason for the demand is a letter, sent to UDF, in which the Fund's Director, Svetoslav Simeonov, is complaining from pressure on the part of the Minister to give priority to problematic projects, not in compliance with the SAPARD rules, but developed by certain consulting businesses.

The letter is dated June 25, 2010, when Simeonov was still Deputy Director of the Agriculture Fund, and was addressed to his then boss Kalina Ilieva. After Ilieva's resignation, amidst a raging scandal over her faked pregnancy and forged diploma from Germany, Simeonov was hired as her replacement without a job competition – a move Markov calls a "deal to calm down the tensions."

In the letter, the current SAPARD agency CEO informs he had alerted the Supreme Prosecutor's Office of Cassations over a project, which was going to be investigated by the EU anti-fraud office OLAF. At the end of the letter, Simeonov asserts he was not going to give in to the pressure.

The failure of Prime Minister, Boyko Borisov, to act on several alerts about Naydenov corruption deals make the PM an accomplice in them, UDF declare.

In the beginning of December 2010, the conservative Order, Law and Justice (RZS) party submitted with the Parliamentary Anti-Corruption Committee documents exposing Naydenov for trading influence and offering a bribe of BGN 200 000 to Simeonov in an attempt to drain SAPARD funds. RZS claim Ilieva has been removed for her effort to interfere with the scam.