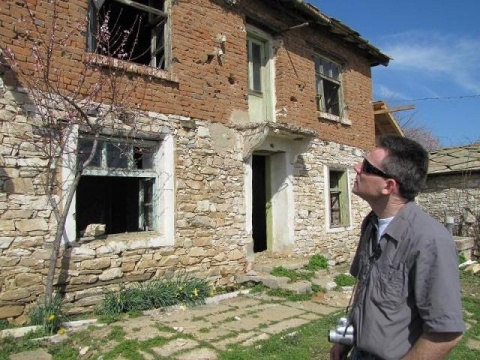 Hundreds of Bulgarian villages are dying off, their stripping off of basic station institutions and public facilities contributing rapidly to their demise. Photo by rodopi24.blogspot.com

A huge number of Bulgarian villages and some small towns will end up without post offices by 2016, according to a plan of the state-owned Bulgarian Posts EAD.

Bulgarian Posts is going to gradually shut down its branches in towns or villages with a population of under 800 people by 2016, the bTV channel reported.

This means that some 30% of all Bulgarian Posts offices around the country will be closed. The plan further provides for "mobile postal units" to visit the villages in question periodically.

The measure is apparently going to contribute further to the demise of hundreds of Bulgarian villages, for which the local post office is their major connection with the outside world.

In addition, it is unclear how thousands of pensioners – who make up most of the population of the small villages – will be able to receive their retirement pensions that are presently distributed by the government through the post offices.

Forcing them to travel to the nearest bigger town or city with a functioning post office every month will not eat away at their anyway meager pensions but will prove to be impossible for many.