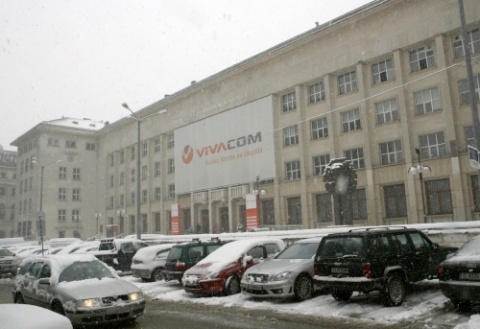 Pictured here are the headquarters of Vivacom, which is now the successor of state Bulgarian Telecommunications Company (BTC). Photo by BGNES

Bulgaria is considering once again legal actions against Viva Ventures, a subsidiary of London-based equity fund Advent International, which acquired a 65% stake in the state Bulgarian Telecommunications Company (BTC), in a widely criticized deal in 2004.

The company however has not transferred a single payment to the ministry so far, which is the reason why it has been given a last notice by the agency for privatization and post-privatization control.

"The company has thirty days to pay what it owes or face court," the agency's executive director Emil Karanikolov told Trud daily.

This will be the third time that Bulgaria raises legal actions against BTC buyer. Besides it is expected that a fourth trial is in the offing too over charges of breaching the so-called clawback agreement, which obliged Viva Ventures to pay EUR 78 M to the state in the case of BTC re-sale.

The long-drawn-out EUR 230 M sale deal for 65% stake in Bulgaria's telecom operator BTC was sealed at the end of February, 2004 after nearly two years of procedural predicaments, legal and political battles.