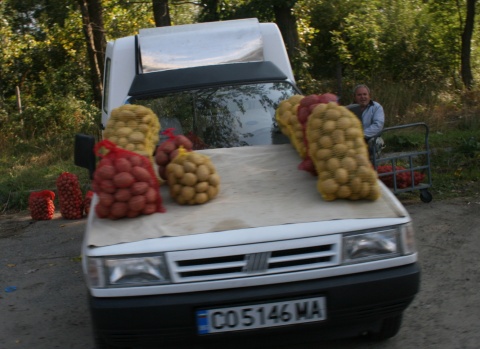 The Bulgarians stole 15 tons of potatoes from a field across the border, in neighboring Greece, police said. File photo

Nine Bulgarians, five men and four women, have been arrested after managing to steal a whopping 15 tons of potatoes from a field across the border, in neighboring Greece, police said.

The thieves, aged from 19 to 48, were nabbed Sunday morning on the site of the crime as they were loading 800 kilograms of stolen potatoes onto a truck, outside the northern Greek city of Drama, close to the border with Bulgaria.

The farmer alerted the police after losing more than 15 tons of potatoes in just two days. The man was forced to keep an overnight watch on his field, but managed to catch the marauders only after getting help from the police.

Police found and seized more than 200 empty potato sacks and digging forks, according to media reports.

Police say the farmers' fields in the region have been recently beset by thieves, who steal mostly potatoes and olives.