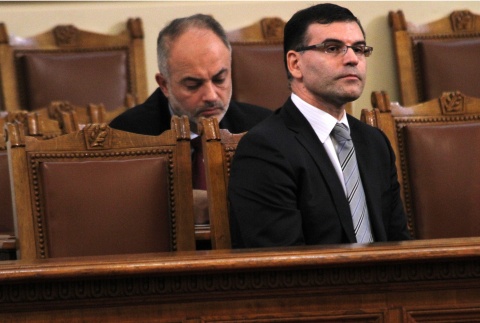 The finance minister suggested that Mladenov could make cuts in his ministry in order to provide the necessary money.

"If he really thinks the minimum monthly wage should go up, he should make an administrative reform in his ministry, for example. In my opinion, this would be a good idea. If he has the money, we can then talk about the measure," Djankov said.

He expressed his irritation that the finance ministry is constantly asked to provide money from the state budget for different things.

"People constantly want the state budget to cover expenses, but they never think of where does the money come from. It is not something the finance ministry does," he said.

Djankov announced that people who have reached the retirement age will be released from their positions in the state administration.

In his words, at the Wednesday's meeting, the cabinet will agree on an ordinance for sending one-month notices to people who have reached the retirement age.

"Some of the ministries have apparently forgotten what the law states and we will remind them with an ordinance that a month before people turn the required retirement age, they should receive a one-month notice," Djankov said.