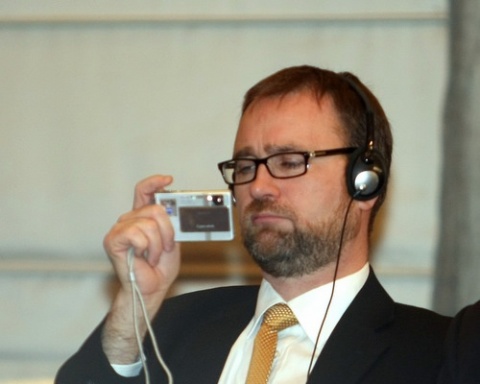 The Deputy Head of the unit responsible for Bulgaria in the Directorate General for Regional Policy of the European Commission, Karsten Rasmussen, criticizes Bulgaria for the delay in absorption of EU funds. Photo by BGNES

Bulgaria has the worst railway system in Central and Eastern Europe, according to the Deputy Head of the unit responsible for Bulgaria in the Directorate General for Regional Policy of the European Commission, Karsten Rasmussen.

"Your operator is the worst. It must be reformed. The delay in its restructuring is 100% and we cannot make investments in the sector until 2014 unless the State-owned railway company BDZ becomes effective" Rasmussen is quoted saying.

The EC employee further pointed out the failure of the ISPA EU funds program project for the railroad between the second largest city of Plovdiv and the border town of Svilengrad had caused losses of huge resources and must serve as a warning the deadlines must be adhered to.

Bulgaria was also criticized for the delay in absorbing funds for the environment especially in the water supply sector and for local municipalities not been able to hold large-scale public procurement tenders.

"The legacy the new cabinet received in 2009 is difficult. Projects, approved as early as 2008, are still dragging on. The Ministries now are trying to make up for the delays. For example - in the water sector only 30 projects are being carried out and only one in the waste management sector," the expert pointed out.