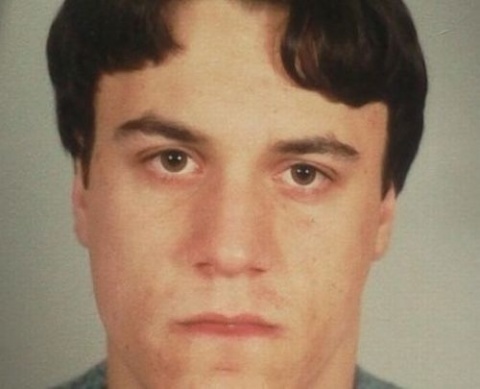 27-year-old Stefan Petrov had locked himself in a safety vault inside the bank branch, and refused to surrender for 40 hours after his failed robbery attempt. Photo by bTV

The robber-turned-kidnapper in Bulgaria’s Sliven surrendered to the police at 7:20 am Friday morning after causing the first hostage of its kind in modern Bulgarian history.

27-year-old Stefan Petrov, who took hostages when trying to rob a bank in Bulgaria’s Sliven, had threatened to commit suicide and had refused to surrender for more than 40 hour but finally surrendered early Friday, the Bulgarian National Radio correspondent on the spot has confirmed.

Petrov, a security guard, tried to rob a local branch of Investbank, which is owned by Bulgarian businesswoman Petya Slavova, at 4 pm on Wednesday but the bank office staff managed to alert the police.

This led to a shootout, and to Petrov taking six hostages, which he released Thursday morning as a result of talks with the police and Bulgarian Prime Minister Boyko Borisov, who was on the spot.

After releasing the hostages, the robber-turned-kidnapper was still barricaded inside the bank office, and refused to surrender, threatening to kill himself. He locked himself inside a safety vault, and refused to get out.

After numerous confusing reports, Petrov’s identity was established by the police. He is a native of the village of Korten, and is orphaned since 2006.

The hostages, most of whom were kept captive by the robber for 18 hours, are in a good health condition. The condition of the 42-year-old security guard who was wounded by the robber is stable after he was rushed in the Sliven hospital.

Bulgaria’s Interior Minister Tsvetan Tsvetanov refuted various reports about Petrov’s motives saying that his only goal was to rob the bank, which had just received about BGN 1 M for the salaries of the employees of the local government.

The Interior Minister revealed that during the entire time of the hostage crisis one of the bank employees was hidden in a room inside the building. The robber was not aware of her presence, and she managed to communicate with the police.

Upon taking the hostages after the failed robbery, Petrov admitted to them that he made a mistake having done what he did which he deemed unforgivable.

According to Shteryo Shterev, head of the security firm which employed Petrov in the past year, the robber was a strict worker, and has not made any indications of an unruly behavior.

“Stefan is an orphan, without relatives or a girlfriend. He doesn’t speak about his personal life. He has not complained of having financial difficulties. He is a very good boy. Probably loneliness is his only problem,” Shterev told bTV.