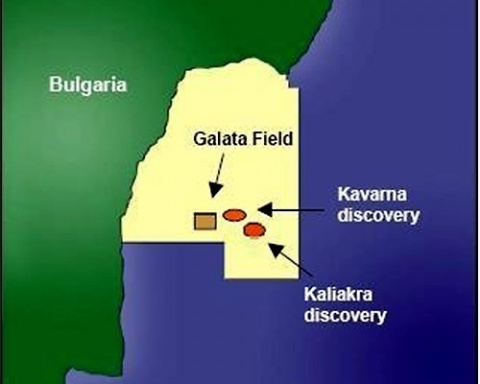 The new Bulgarian gas field that Melrose started to develop in 2010 spreads over 19 sq km and the company is required to extract 255 million m3 of gas between 2011 and 2015. File photo

UK oil and gas group Melrose Resources Plc has reported an increase of its 2010 revenues as a result of its development of Bulgarian natural gas fields.

Melrose Resources reported a pre-tax profit of USD 30 M for the year to December, down from the previous USD 31 M, on revenue up 7% to USD 24 M from USD 224 M, Stock Market Wire reported.

The rise in revenue reflected increased production volumes from Bulgaria as new gas fields came on stream, the report says.

Chairman Robert Adair is quoted as saying that Melrose delivered a strong operating performance during the year, establishing a new production record and completing the Kaliakra and Kavarna gas field developments offshore Bulgaria.

"These new fields represent an important addition to our existing asset base, diversifying the portfolio and doubling the company's expected cash generation over the next few years. The company's solid production platform, coupled with a strengthening financial outlook, means that we are well positioned to progress our high potential impact exploration initiatives in Egypt, Turkey, Bulgaria, Romania and France and to selectively pursue other business development opportunities," Adair stated.

The group had achieved a new production record, averaging 41.1 Mboepd over the year, and in November brought on stream the Kavarna and Kaliakra fields.

It had also been awarded two high-quality exploration concessions offshore Romania, had introduced a strategic partner to its deep-water Rh?ne Maritime block offshore France and completed divestment of the Permian Basin assets.

The new Bulgarian cash flow coupled with the Permian Basin divestment proceeds provided Melrose with the financial capacity to implement an active exploration work programme while reducing gearing towards 100% by the end of 2011.

About 95% of production during the year came from Egypt, where the company's core assets continued to perform well and it benefited from a full-year contribution from five developments brought on stream in 2009.

Adair said that while the Egyptian situation appeared to be calm recent events had underlined the importance of asset diversification.

The Bulgarian government granted concessions to Melrose Resources for three gas fields along Bulgaria's northeast Black Sea coast in September, and the production started in November 2010.