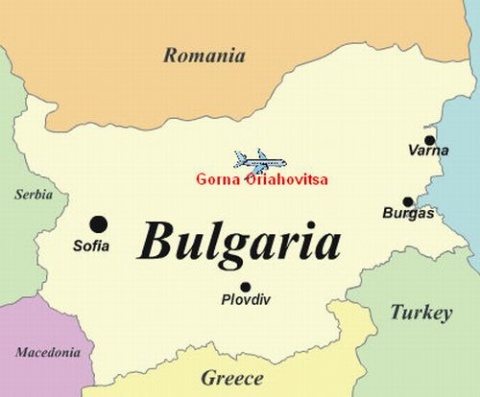 The Bulgarian Cabinet has approved a procedure for offering on concession the currently inactive passenger airport of Gorna Oryahovitsa located in the very center of Northern Bulgaria.

The goal of the government is to find a concessionaire that would help attract passenger and freight traffic and will invest in the infrastructure and modernization of the airport.

The development of the Gorna Oryahovitsa Airport is one of the goals of the Transport Ministry, and is included in the Strategy for the Development of Bulgaria's Transport Infrastructure until 2015.

Since 2008-2009, the Gorna Oryahovitsa Airport has not served regular passenger flights but only freight flights and occasional charter flights. It had only 941 passengers in 2007.

The airport was set up in 1925 for the use of the Bulgarian Air Force. In 1948, it opened a direct passenger line to Sofia, the third one in the country. The current infrastructure of the airport was constructed in the 1970s and the 1980s, and completed in the mid 1990s.

In 1995, it became the fifth international airport in Bulgaria, after Sofia, Plovdiv, Varna, and Burgas, with customs and border police units. The economic hardship in Bulgaria in the following years, however, have affected its functioning.

In a similar effort to develop Bulgaria's airports, in February 2011, the Cabinet started procedures for finding private operators of the cargo terminal of the southern Plovdiv Airport, and of the civilian airport Shtraklevo near the Danube city of Ruse.