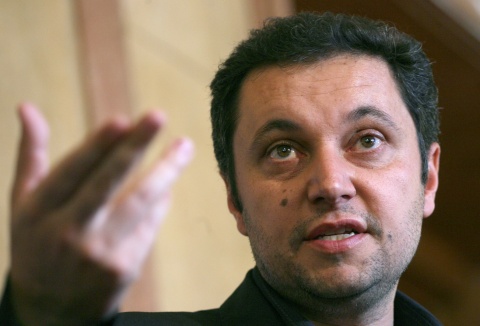 Bulgaria is ruled by an oil oligarch who is pulling all strings and torturing consumers, the leader of the conservative Order, Law and Justice, RZS, party, Yane Yanev, claims.

In a Tuesday interview for the TV channel Nova Televizia, Yanev stated that the CEO of Lukoil Bulgaria, owner of the only oil refinery in the country, Valentin Zlatev, is the hidden, but true Prime Minister of Bulgaria, while PM Boyko Borisov is actually an Interior Minister.

The conservative leader further revealed he is in possession of a taped conversation between Borisov and Zlatev, which the public would find very "intriguing," but refused to elaborate any further.

"There will be recordings when the time is right. There is plenty in the RZS archives. This scares our opponents because they know our election campaign would not be lame and worn-out. We will reveal the whole truth then,"Yanev threatened, adding Bulgaria needs to get rid of Borisov's police regime because it ruins the market economy.

The conservative leader gave the PM an ultimatum just days ago to make changes in the cabinet and the policies. The deadline is April 20, and after that Yanev says he would organize road blocks and closures of the cross-border checkpoints.

Yanev's statements came on the heels of the scandal between Zlatev and Economy and Energy Minister, Traicho Traikov, in which Borisov also became involved.