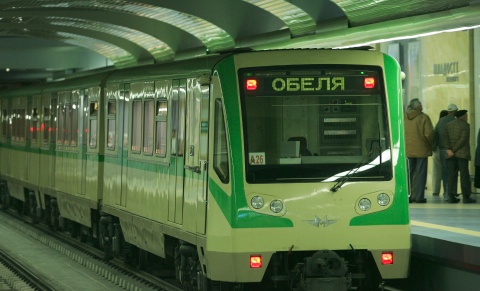 Since it first opened doors in 1998, the Sofia subway has used only Metrovagonmash trains. Photo by BGNES

The Russian Metrovagonmash is the wining bidder in the public procurement tender for the delivery of trains for the Sofia metro.

The Russian plant, located in Mytishchi, near Moscow, will deliver 18 trains of three cars each. The cars are from the 81-740/741 "Rusich" series.

The information was reported in Russian media Tuesday.

The other participant in the tender has been the Spanish company CAF.

Since it first opened doors in 1998, the subway in the Bulgarian capital has used only Metrovagonmash trains. It now has 85 cars.

The Russian company has also delivered trains for the subways in Moscow, Kazan, Budapest, Warsaw, and Prague.

March 29 is the deadline for the other bidder to contest the results. After that, the winner will be announced officially.

The price offers were between BGN 78 and 88 M, a representative the Sofia municipal company Metropolitan says.