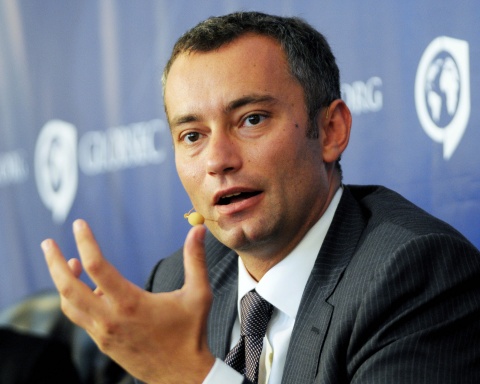 Bulgarian President Georgi Parvanov's statements on the situation in Libya and NATO’s role have been labeled as “absurd” by the country's Foreign Minister Nikolay Mladenov.

On Monday, Parvanov stated that the "coalition of the willing" type of response should not become a tradition and that the 2003 Iraq invasion should have remained an exception, adding that what is going on in Libya poses questions about the necessity of NATO's existence.

Parvanov should not afford to make such statements, Mladsenov declared on the Bulgarian National TV on Tuesday, explaining that "the President of a NATO member state should not comment on the alliance's meaning and purpose."

"NATO guarantees best Bulgaria's security, our allies from NATO and EU are the best friends we have ever had, and even when our positions differ, we discuss them with the allies first," the Foregn Minister said elaborating his criticism of President Parvanov with respect to the current Operation Odyssey Dawn carried out by major Western powers – including the USA, UK, France, and Italy – together with other Western and some Arab states – on a UN Security Council mandate for the establishment of a no-fly zone in Libya where dictator Muammar Gaddafi is fighting a popular uprising.

Mladenov confirmed that Bulgaria does not have the military capacities to take part in the operation, and that it would prefer to see NATO in command of the operation – “but probably because of its urgent character, it was started by a coalition of states.”

“From the very beginning Bulgaria’s position from very careful regarding any military intervention and the way it is carried out,” the Foreign Minister said adding that there can be unforeseeable consequences if Bulgarian troops ever have to be stationed on Libyan territory.

“There are deep traditional ties between Bulgaria and Libya – many Bulgarians have worked and work in Libya, many Libyans have come to study in Bulgaria. This is not just a political friendship inherited from the totalitarian past, there are deep connections between our peoples,” Mladenov explained.

“When we have positions, we need to found them on principled basis. As long as I am a minister and Borisov is the Prime Minister all of Bulgaria’s actions will be based on the clear rules of international law, and whenever there is talk of an international intervention, there must be clear reasons for carried it out, and a clear mandate by the international organizations. Bulgaria’s participation will correspond to its capacities. That is why we are saying – Gaddafi has to go, and we can take part with what we have,” the top diplomat stated.

Asked to comment Prime Minister Boyko Borisov's ambiguous comments on the Odyssey Dawn operation, Mladenov stated that the international community has made the right choice, since "Muammar Gaddafi has started shooting his own people."

On Monday, Boyko Borisov first voiced criticism towards the military operation in Libya led by the USA, UK, and France, saying it lacks clear goals and poses many questions, stating these were the exact reasons why Bulgaria is not taking part in the actions.

He explained his view that finance and economic blockade would be much more effective in forcing Gaddafi to withdraw quickly and called in a TV interview the military operation in Libya a "euphoric adventure triggered by oil money,"

Later on the same day, the Bulgarian Prime Minister declared that Bulgaria hails Resolution 1973/2011 of the UN Security Council for its mandate for an international military intervention in Libya to protect the Libyan people.

Bulgaria has also welcomed the fact that the resolution was backed by the Arab League, which proves that the military operation is "legitimate, necessary, and right," he said. He confirmed, however, that he believed it was time for NATO to take over the operation.

In a news conference later on Tuesday, the Foreign Ministry Spokesperson Vesela Cherneva said the differences stem from the common debate in the European Union about the operation.

"Today we see this move as legitimate, based on international law; necessary because the treatment of Gaddafi of his own citizens is totally unacceptable, and right, since this is the way the international community must react," Cherneva stated.