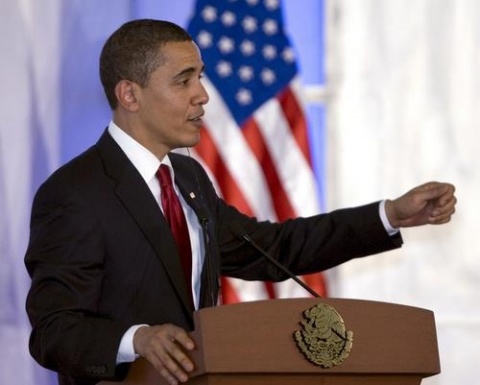 US President, Barack Obama, has firmly insisted to restrict the role of his country in military operations in Libya. Photo by BGNES

The NATO Council has agreed on a weapons embargo against Libya, but failed to reach a common decision on taking part in military operations.

The meeting is continuing Monday.

The Russian news agency ITAR-TASS cites diplomatic sources in Brussels, saying the Alliance's agreement on military operations against Libya has been blocked by opposition coming from Turkey where the country's representative has voiced alarm and worries over the possibility of civilian casualties as result of bombings on Libya.

He has asked for amendments in NATO plans regarding the execution of resolution 1973 of the UN Security Council.

Meanwhile, the US Defense Secretary, Robert Gates, stated America is going to transfer in just days the leadership of the military operation either to the one of the other two major players – the UK or France or to NATO, saying President, Barack Obama, has firmly insisted to restrict the role of the US in this operation.

Gates further pointed out his country will continue to support the coalition and will participate in military actions, but will not "have a pre-eminent role."