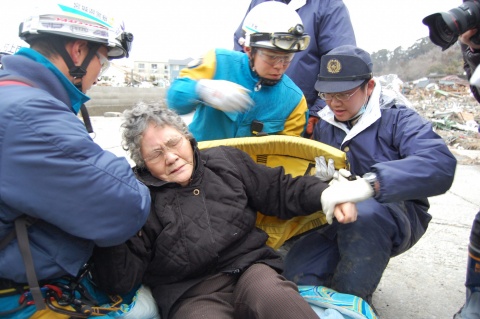 An 80-year-old woman and a 16-year-old boy have been found under rubble in the Miyagi prefecture, nine days after the devastating earthquake in Japan.

The boy was found on the roof of his house in the city of Ishinomaki. He then led the rescuers inside where the woman was.

Both were reportedly weak but conscious. It is not known yet how badly they were hurt. They were taken to a hospital by a helicopter, Sky News reported on Sunday.

Meanwhile, the police in Japan said that 15 000 people may have been killed only in the Miyagi prefecture.

About 400 000 people have been accommodated in temporary shelters in the cold with little food.