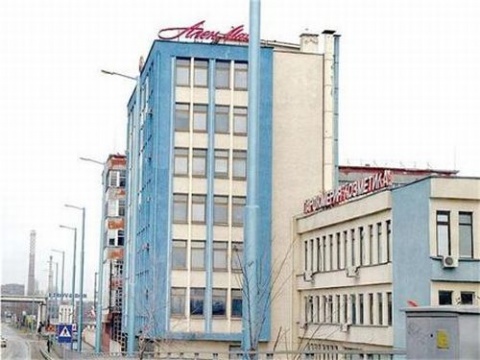 Bulgaria's oldest cosmetics producer Alen Mak will be sold by its creditors. Photo by 24 Chasa daily

Bulgaria's oldest and largest cosmetics producer "Alen Mak" is on sale for about BGN 8-10 M, according to one of its creditors.

The Plovdiv-based Alen Mak ("Scarlet Poppy") factory, in financial trouble for some years, is one of the iconic brands of Bulgaria's communist period.

It was the last state-owned cosmetics factory to be privatized – in 2002 it was sold for USD 5.5 M to the Swiss company Effekten und Finanz.

Daniela Petkova, CEO of Retirement Insurance Fund "Doverie", one of the plant's creditors, announced Wednesday, as cited by the Standart Daily, that the factory will be offered on sale, and that there is an increased investor interest from at least three serious bidders – two foreign and one Bulgarian.

Petkova believes that BGN 8-10 M is a feasible price for Alen Mak. The company has called up a general assembly of the creditors for March 21 to determine the price for which it can be sold.

At present, the Alen Mak plant is owned by Alen Mak Bulgaria, whose sole owner is N&U Laboratories, a firm registered in the Virgin Islands.

Alen Mak is the producer of the emblematic Bulgarian toothpaste "Pomorin", a 54-year-old commercial brand, among a number of other products.

The plant is about to stop servicing its debts after its creditors recently refused to approve a new bank loan. According to a report of the Capital weekly, 80% of the stocks of Alen Mak are held by the TBI group's mutual funds, the Doverie retirement fund, and the Bulstrad insurance company.