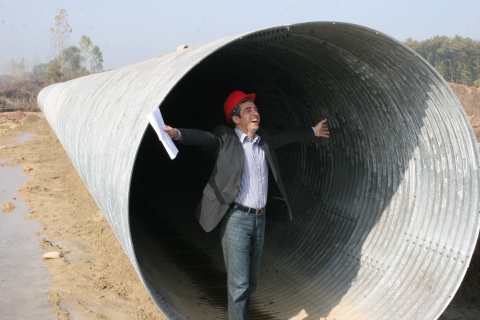 Bulgaria has started working towards implementing electronic toll systems as a replacement for its existing road vignettes, the Council of Minister's press center has announced.

"Those who drive less will pay less, those who drive more will pay more,"Regional Minister Rosen Plevneliev commented on Wednesday, stating that the new toll systems will be the fairest road pricing concept.

On previous occasions, Plevneliev has stated that the implementation of a toll system would take 4-5 years, but in his opinion, it should be ready by 2015-2016.

Electronic toll collection (ETC), an adaptation of military "identification friend or foe" technology, aims to eliminate the delay on toll roads by collecting tolls electronically. It determines whether the cars passing are enrolled in the program, alerts enforcers for those that are not, and electronically debits the accounts of registered car owners without requiring them to stop.