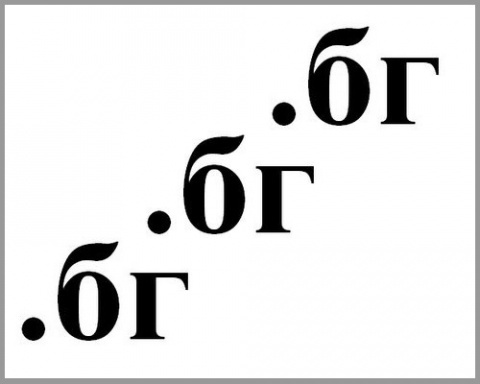 Bulgarians selected the now rejected "бг" suffix with a large majority during the first poll, which showed the second most preferred suffix to be "бгр". File photo

The Internet Corporation for Assigned Names and Numbers (ICANN) has made it clear one more time that Bulgaria has slim chances for registering a domain name in Cyrillic with a "бг" suffix.

This emerged during an online discussion, in which Bulgaria was represented by the Deputy Minister of Transport, Information Technologies and Communication Parvan Rusinov.

ICANN refused to accept Bulgaria's proposal for a domain name in Cyrillic with a "бг" suffix in May last year, citing the similarity with Brazil's domain name with a "br" suffix as the reason for the rejection.

"As far as the fast track procedure is concerned ICANN has run out of options for registering domains in the national alphabets of Bulgaria and Greece," ICANN representatives said during the discussion.

"No clear criteria and arguments have been presented so far to the Bulgarian side to justify the rejection of our proposal," fumed Deputy Minister Rusinov.

The news that the proposal was turned down however did not come as a big surprise since the proposed domain name was harshly criticized in Bulgaria long before it was submitted for approval by ICANN with opponents, saying it resembles too much Brazil's domain name.

A poll, proposing four new versions for a Bulgarian domain in Cyrillic, was published at the end of July on the official site of the Transport Ministry in a bid to pick the one with the largest public approval. The new versions that are subject to public discussion are "българия," "бгр," "бул" and/ or "бя."

This was the first major change to the Internet domain name system since its creation in the 1980s.