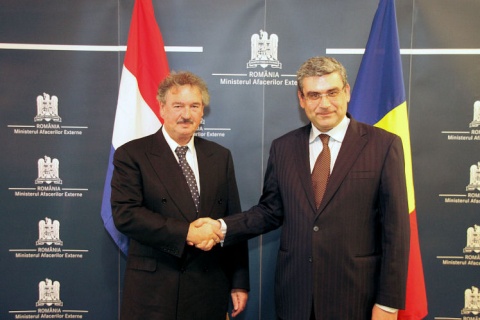 "Luxembourg will do everything possible so that Bulgaria and Romania become Schengen members in the next months," said Asselborn, thus backing the two countries' desire to enter the free movement area by the end of the Hungarian EU Presidency in mid-2011.

Asselborn was speaking at a joint press conference with this Romanian counterpart Teodor Baconschi in Bucharest, where he is on a working visit.

"Romania proves everythay that it knows the Schengen system workings, and de facto is already part of it," said the Luxembourgois Foreign Minister, criticising implicitly other member states for putting national concerns before European policies in opposing the two countries.

The Netherlands, Finland, and especially EU greats France and Germany have vowed to block or delay the entry of Romania and Bulgaria to Schengen over fears unrelated to the technical criteria, but rather to problems with corruption and organized crime.