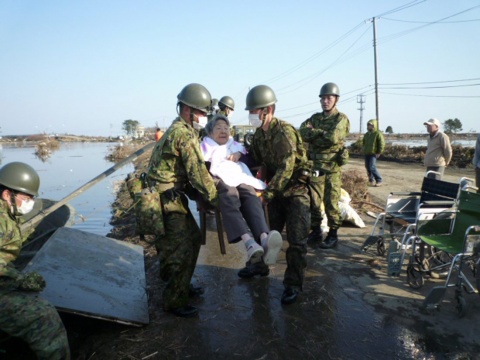 A powerful new aftershock was felt in Japan, in Tokyo and northeast of the Japanese capital, three days after the devastating 9.0-magnitude earthquake.

The new aftershock had a magnitude of 6.2. It occurred at about 10 am local time (2 am CET), with an epicenter located 150 km northeast of Tokyo, three day's after the strongest earthquake in Japan's history.

The Japanese authorities have not issued a warning of a tsunami, international media reported.

Japan continues to struggle with the consequences of Friday's devastating earthquake and the ensuing tsunami, which have killed more than a thousand people, and have damaged Japanese nuclear power plants, whose situation still poses grave concerns.