Emergency Declared in 2nd Nuclear Plant in Japan after Earthquake 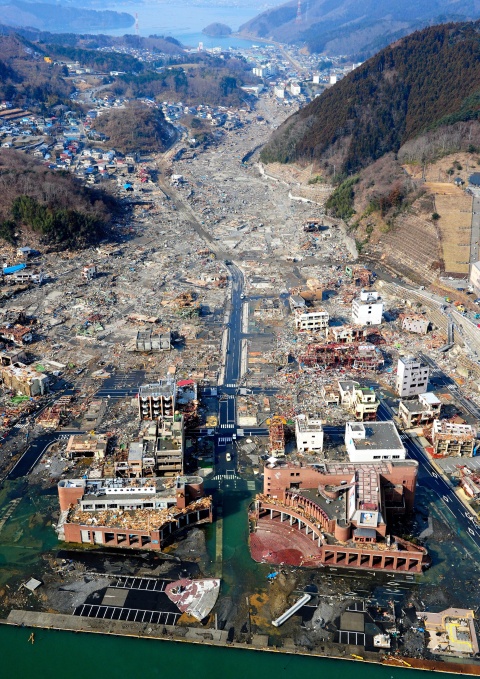 A state of emergency has been declared at a Japanese nuclear facility at Onagawa after excessive radiation levels were recorded there following the major earthquake, the International Atomic Energy Agency (IAEA) announced.

Onagawa has thus become the second nuclear power plant in Japan to have been affected by the consequences of the 9.0-magnitude earthquake that hit the country on Friday followed by a horrific tsunami. The town of Onagawa itself was devastated by tsunami.

The news about the emergency at Onagawa came as the country was already battling a feared meltdown of two reactors at the ageing Fukushima atomic plant.

An explosion at the Fukushima No 1 atomic plant blew apart the building housing one of its reactors on Saturday, a day after the biggest quake ever recorded in Japan unleashed a monstrous 10-meter tsunami.

The atomic emergency then widened as the cooling systems vital for preventing overheating failed at a second reactor, and the government warned there was a risk it too could be hit with a blast.

"There is the possibility of an explosion in the No 3 reactor," said Yukio Edano, the top government spokesman, while voicing confidence it would withstand the blast as the number-one reactor had the day before, as cited by The Australian.

Edano, the chief cabinet secretary, said earlier it was highly likely a meltdown had occurred in the first reactor, at the plant situated on the coast 250km north-east of Tokyo.

"As for the No 3 reactor, we are acting on the assumption that it is possible," he stated.

On Friday, as a result of the earthquake, there was a fire in a turbine building of the Onagawa Nuclear Power Plant, NPP, in Miyagi prefecture in the aftermath of the strongest ever earthquake to hit Japan. The NPP is owned by Tohoku Elec's.