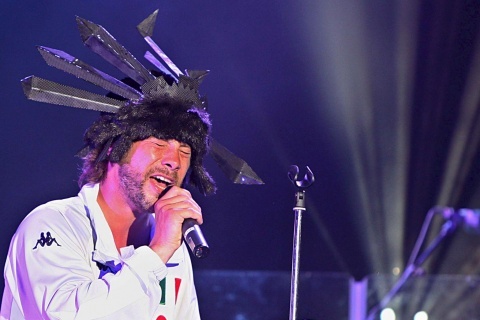 Following a controversial going back and forth on the topic, organizers have confirmed the participation of UK star Jamiroquai to this summer's Elevation Festival.

The festival will hold its first edition June 24-25, 2011 near the town of Razlog at the outskirts of Rila and Pirin mountains in Southwestern Bulgaria.

Other international participants include 30 Seconds To Mars, Hurts, Parov Stelar, Dog Eat Dog, Gentleman and the Evolution, and Cyanna.

The festival will also feature Bulgarian performers such as Monyx, Sepuko 6 and Odd Crew.

The ambition of the organizers is to bring together an eclectic line-up of front-edge innovative performers.

Bands will play on two stages - rock and dance.

Tickets for the whole event are already on sale. Once the lineup is finalized there will be tickets for each of the two separate evenings.