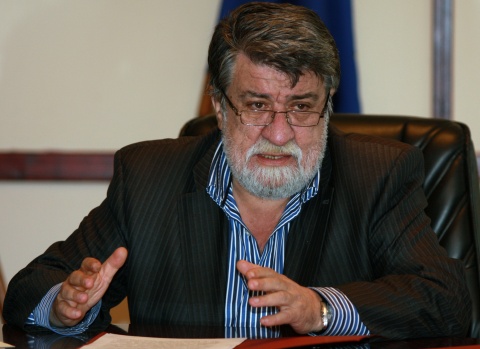 The idea is part of the Ministry's National Program for Limiting Smoking in 2011-2015.

The strategy includes an agreement with the film and movie industry to restrict the showing of people smoking in Bulgarian movies, TV series and various broadcasts, along with a warning about the danger of smoking in their beginning.

Rashidov, who is known as a heavy cigar smoker, says such interference in art is absurd and aggressive and vows the move will pass only over his "dead body."

The Culture Ministry has sent a statement asking to make a difference between administrative orders for smoking restrictions and art.

"Art images can contribute to the building of some beliefs, but the true, real art cannot be restricted; it is needed as freedom of expression. This is a sacred artistic right; this is the strength of art. Putting breaks on movie scenes is borderline insane," the statement notes.