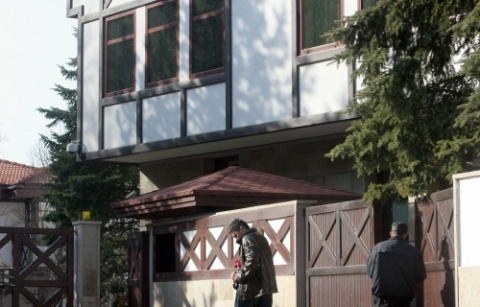 The Bulgarian authorities announced they are demolishing the notorious barbecue of the leader of the ethnic Turkish party Movement for Rights and Freedoms, (DPS), Ahmed Dogan.

But before even the State interfered early Thursday, other workers showed up and began taking the barbecue down – the private TV channel bTV aired a report, showing two groups of people cleaning the site, however there was no construction equipment to be seen.

Thursday was the 14-day deadline given by the court to remove the illegal construction, owned the Delta Epsilon Company, which is a business known for its close ties with DPS. It is believed that Delta Epsilon have sent the demolishing crews.

On February 9, the Supreme Administrative Court (VAS) upheld the rule of the lower instance,  the Sofia Administrative Court to demolish illegal construction – a barbecue and a gate, located on 46 "Belovodski Pat" belonging to the building known as "Dogan Saray" (Seraglio), located in Sofia's affluent "Boyana" suburb. The building is officially listed as a hotel, and the gate has been erected to stop unwanted visitors. Dogan, reportedly, resides in the "Seraglio" when he is in Sofia.

The notorious barbecue is a wooden building with a bar, a fireplace and two restrooms. According the magistrates it is illegal and violates the Construction Act.

In 2009, the National Directorate for Building Control, DNSK, issued four orders to demolish the barbecue, the gate and two fences on "Belovodski Pat."

Dogan Saray is also the location where his Chief of Staff, Ahmed Emin, died in October 2008 in what was said to have been a suicide.