Bulgaria Set to Cut Carbon Emissions by 6% by 2020, Stimulate Biofuels 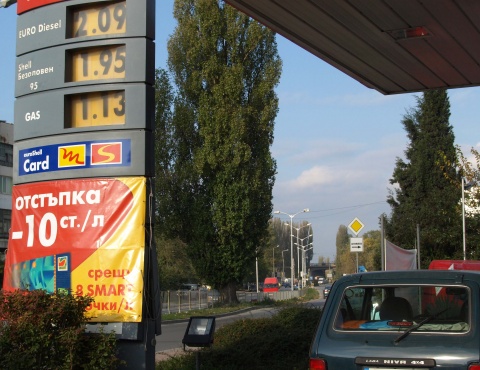 Bulgaria is set to require the wider use of biofuels and to reduce its carbon output. Photo by BGNES

Bulgaria's government has approved a draft amendment to the Environmental Protection Act providing for reducing the country's greenhouse gas emissions by 6% by 2020.

The figure refers to the emissions from gas, diesel, and oil in the transport sector. The amendments also introduce changes in the Bulgarian legislation in accordance with an EU directive about the quality of fuels and carbon emissions.

Producers and importers of gas will be required to add biofuels from energy crops, such as bioethanol and biodiesel, to liquid fuels.

As of the spring of 2010, diesel in Bulgaria is required to contain at least 2% of biodiesel; the introduction of at least 2% bioethanol content in gas, however, which was supposed to take effect in March 2011, will be put off for September 2014 because the Bulgarian refineries are not ready to meet the requirement so soon.

The Bulgarian Environment Ministry is convinced that the delay in the introduction of an obligatory bioethanol content will not affect the overall plan for reduction of carbon output.

The draft amendments also require that all Bulgarian companies selling fuel submit reports about the emissions generated by the fuel they sold by March 31 of each year.

Liquid fuels in transport are estimated to account for about 20% of the greenhouse gas output of the EU.