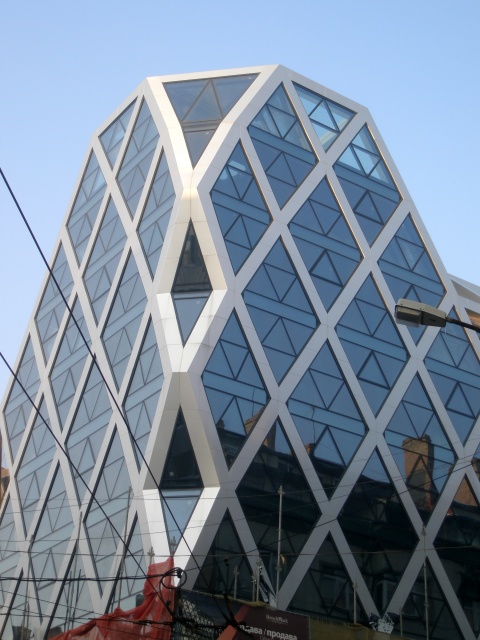 The new building of the EU institutions in Sofia is modern and luxurious and is lcoated in the heart of the Bulgarian capital. Photo by BGNES

The Bulgarian offices of EU institutions will move to a new building in Sofia after the budget committee of the European Parliament authorized the signing of the notary transaction for the building.

The news was announced on Monday by the office of the Bulgarian MEP Ivaylo Kalfin.

The new 7-floor building is modern and luxurious and is located at Georgi Rakovski Blvd, close to the Slaveykov Square.

The deal estimated at EUR 9 M is expected to be completed by the end of March. The EU institutions will receive 2523 square meters of offices, reception rooms and underground parkings.

The acquisition would cost the European, including Bulgarian, taxpayers EUR 3 576 per square meter.

If the deal is completed successfully, this will be the first building of similar size in Sofia this year.

The European Parliament will hold 80% of the property, while the rest will be held by the private owner of the land.

The EU institutions will be able to move in after the investor, BenchMark Fund Estates, finishes the work inside the building, which is expected to be by the middle of September.

At present, they rent 1518 square meters of offices in the building of the British Embassy to Bulgaria. Besides being too small for the number of employees, these offices are also difficult to reach because of the restricted access to the embassy.

When the European Parliament announced its plan to buy a new building in August 2009, 22 investors responded and seven of them were selected.

The business center "Rakovski" was preferred because of its suitable size, central and open location, which would allow it to be visited by more citizens. The modern architecture was also one of the motives for the building's choice.

The land and the building at the new place was bought by BenchMark Fun Estates in 2007. The investment was estimated at EUR 4.5-5 M, which means that the return of the project is 200%.