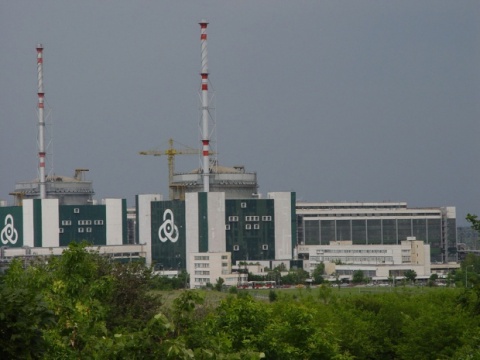 US company Westinghouse has showed renewed interested in investments in Bulgaria's only operational nuclear power plant Kozloduy, according to Minister of Economy, Energy, and Tourism Traicho Traikov.

While on a state visit in Spain over the weekend, Traikov met with Jose Gutierrez, CEO and Vice President for Southern Europe of the US energy giant Westinghouse. Traikov was in Madrid as part of a delegation led by Bulgarian Prime Minister Boyko Borisov.

Westinghouse has declared interest in participating in the modernization of the Bulgarian Kozloduy NPP in order to extend the life of its two operational reactors – Unit 5 and Unit 6, the press service of the Economy Ministry said.

The company has also offered to participate in the supplies of nuclear fuel for the Bulgarian nuclear plant. Russia has traditionally been the sole supplier of nuclear fuel to Bulgaria.

This is the second time in less than a year of Westinghouse demonstrating interest in investments in the Bulgarian nuclear plant in Kozloduy.

Back in April 2010, as Traikov was in the USA seeking American investments for the construction of the second Bulgarian nuclear plant in Belene, Westinghouse indicated it could be interested in building a seventh reactor in the plant in Kozloduy.

At the time, Westinghouse presented to Traikov the opportunities of its new generation reaction AP1000, which can be constructed in three years. The US corporation also said it was ready to license its nuclear fuel for the Soviet-made Bulgarian reactors.

However, in the fall of 2010, Bulgarian Ambassador to the USA Elena Poptodorova indicated for Novinite.com (Sofia News Agency) that a Westinghouse investment in Kozloduy was not on the agenda at the moment. US Ambassador in Sofia James Warlick told Novinite.com that Westinghouse will likely be considering the construction of new reactors in Kozloduy, should the Bulgarian government start a procedure for such an investment.

Only the two VVER-type 1000-MW reactors at Kozloduy are in operation after Bulgaria agreed to shut down the "small" 440-MW reactors 1-4 in 2002 and 2006 as part of its EU accession negotiations.

The Bulgarian government continues to be haggling with the Russian company Atomstroyexport over the price for the construction of two 1000-MW reactors in the future second plant in Belene, and to be struggling to find strategic foreign investors. Traikov himself has indicated several times that Bulgaria could decide to build one or two more reactors in Kozloduy regardless of the fate of the questionable Belene project.

In the fall of 2010, Bulgaria's Economy Minister explained that the license of Unit 5 of the Kozloduy plant expires in 2017, and of Unit 6 – in 2019, but that the government will take measures to extend their life.

In November 2010, the newly-appointed CEO of the Kozloduy NPP Kostadin Dimitrov forecast that the life of the two reactors will be extended by 20 years.

According to the wording of the press service of the Bulgarian Economy Ministry, Traikov and Westinghouse VP Gutierrez talked about the development of nuclear energy and Bulgaria's nuclear program in the context of the energy balance on the Balkans.