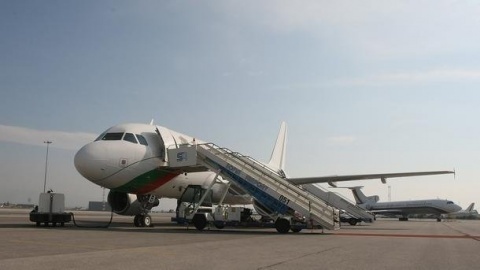 The Bulgarian plane that has left for the Libyan-Tunisian border has already executed two flights to transport refugees from Tunisia to Egypt, informed Bulgarian Foreign Affairs Minister Nikolay Mladenov.

Bulgaria sent the plane to help transport people fleeing into Tunisia from violence-flooded Libya. With the two trips Sunday, the 140-capacity Airbus has flown some 300 refugees.

An estimated 100,000 people, a very large part of them of them of Egyptian origin or Egyptian citizens, have fled the western part of Libya to neighboring Tunisia, which already has problems with protests over an ailing economy and high unemployment.

Bulgaria had promised to send a plane of flag carrier Bulgaria Air as part of an EU humanitarian action to help people resettle. 50% of expenses are covered by Bulgaria, the other 50% by the EU.

The plane, an Airbus 319 with 140 seats, is serving the route from the isle of Djerba in Tunisia to Egyptian capital Cairo. It is expected to carry out at least two more flights Sunday.