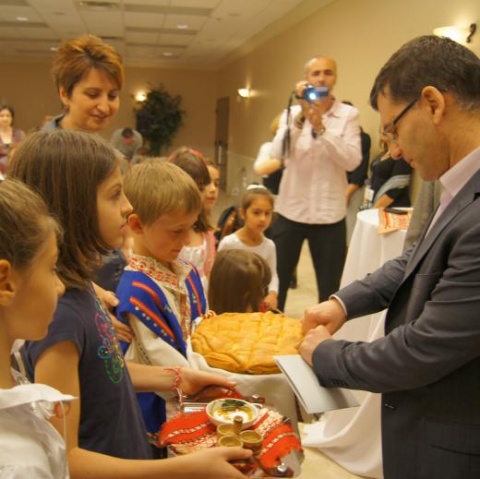 The Minister, who is on an official trip to the US, also attended the reception at the Bulgarian Embassy on the occasion of the country's national holiday.

Djankov was introduced to The Heritage audience by Bulgarian Ambassador to Washington, Elena Poptodorova, and the Director the Center for International Trade and Economics at The Heritage Foundation, Terry Miller.

The lecture focused on reforms in Bulgaria and the cabinet's fiscal policy. The Financial Minister presented some of the government's economic measures which have contributed to the country's better ranking in the annual "Economic Freedom Index" of The Heritage Foundation and the Wall Street Journal. Bulgaria is now 60th in the world, an improvement by 15 spots compared to last year, and ahead of a number of Western European countries.

Djankov dedicated a significant part of his lecture to the strong fiscal discipline and the 15% reduction of public expenses, stressing the current government inherited the budget overspending of their predecessors, but nevertheless was successful in revising the budget to avoid a crisis similar to the one in neighboring Greece and Romania.

The Minister further presented his project known as Pact for Financial Stability in Bulgaria – he declared the goals of the Pact, pointing out the measure would lead to the restricting of public expenditures, control of potential deficits and would help to keep taxes low.

Djankov also explained that despite the many successes, Bulgaria is still facing some unresolved problems and difficulties such as the retirement, education and health care reforms.

Answering an audience question about Bulgaria's candidature to enter the Euro Zone, the Minister stated the Pact, if passed, can improve the country's chances by instating same fiscal rules for all future cabinets.

The lecture had been received very well and Djankov had been complimented on his ideas by several American economic and finance experts, the Bulgarian news agency BTA reports.

On Saturday, the Minister, who is also in charge of Bulgarians abroad, will meet with the Boards of Trustees of the two Bulgarian schools in New York and the Bulgarian community there.