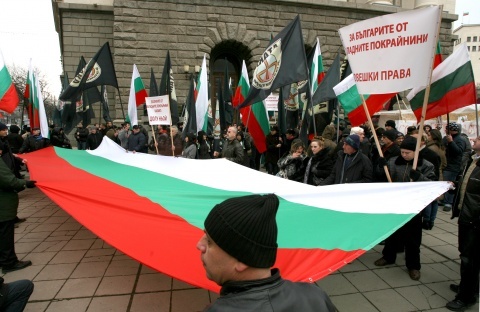 The Bulgarian minority in Serbia has finally been driven to desperation as Bulgaria does not wish to defend its rights at all, according to its representatives.

"I don't believe in the Bulgarian-Serbian relations because they are fake and they are to the detriment of the Bulgarians in Serbia. The situation as a whole is very grave. In the last 20 years I have been a direct participant in the protection of the rights of the Bulgarian minority, and I have reached despair for the first time," Todorova stated Monday regarding last week's incident in which the Serbian authorities obstructed the remembrance of Bulgarian national hero Vasil Levski by the Bulgarians in the so called Western Outlands – the Bulgarian-populated parts of Serbia – and more specifically in the town of Bosilegrad – on February 19, the day when Levski was hanged by the Ottoman Turkish authorities.

The incident was followed by a visit of Serbian PM Mirko Cvetkovic in Sofia during which he and Bulgarian Prime Minister Boyko Borisov offered some minor conciliation gestures but Cvetkovic came nowhere near an actual apology.

"I am ashamed of what happened. We won't give up even if there are only 100 people who feel Bulgarian in the Western Outlands. We are part of Bulgaria and the Bulgarians. I am shocked by the arrogance of Serbian Prime Minister Mirko Cvetkovic, who said that this incident best be forgotten. The next example of cynicism in Bulgarian-Serbian relations is the interview of the Serbian Ambassador in Sofia Alexander Crvenyakov, in which he asks why nobody laid flowers at the monument of Vasil Levski in Belgrade," Todorova said.

"We are a victim of geo-strategic interest but we do not enjoy serious support on part of the Bulgarian state. Apparently, both Bulgaria and Serbia think that when Serbia becomes an EU member state, it will be forced to respect the rights of its minorities. It is as if both governments work for the assimilation of the Bulgarian population in Serbia and its extinction from the map of Europe," states in turn Ivan Nikolov, chair of the Culture and Information Center of the Bulgarians in Bosilegrad.

He is convinced that Serbia's EU membership will not bring any decent improvement of the situation of the minorities in Serbia, and thinks that the Serbian ban on the remembrance of Bulgarian national hero Vasil Levski was planned in advance as part of a deliberate policy to hinder the national self-consciousness of the Bulgarians in the Western Outlands.