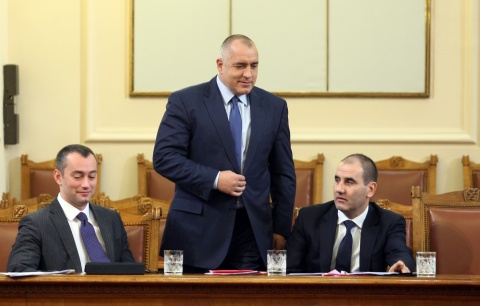 The Members of the Bulgarian Parliament passed Friday, after hours of debating, the National Security Strategy.

120 MPs voted for, 23 abstained; there were no against votes.

Prime Minister, Boyko Borisov, who attended the session, along with Deputy PM and Interior Minister, Tsvetan Tsvetanov, and Foreign Minister, Nikolay Mladenov, thanked the MPs for not voting against the country's national security.

Earlier, during the debates, the leader of the opposition Bulgarian Socialist Party (BSP), Sergey Stanishev, declared the party will not support the strategy, but at the end the BSP MPs abstained during the vote.

MPs from the right-wing Blue Coalition also abstained and pointed out the strategy missed including the problem of mass illiteracy in the country.

The other major opposition formation – the ethnic Turkish Movement for Rights and freedoms (DPS), however, voted for the document over their responsibility for the nation, as they stated.

The strongest ally of the ruling, center-right Citizens for European Development of Bulgaria (GERB) party - the far-right, nationalist Ataka, also voted for.

The vote went on in the absence of President, Georgi Parvanov, who according to Borisov, had been invited. The Presidential Office press center explained the invitation had arrived very late Thursday evening and was sent in violation of the protocol, not from the Parliament, but from the Council of Ministers.

During the presentation of the Strategy, the PM stated the improvement of coordination process in the security system will be top priority, adding the latest events in northern Africa present new challenges for the country.

"The unclear source, in many cases, of wealth in the country tarnishes the image of the State as the main guarantor for low enforcement, and diminishes the citizens' trust in those who have acquired their wealth by legal means," the strategy reads.

External threats include terrorism, cyber crimes, environmental and energy security, and as a brand new one – commercial ships hijackings.