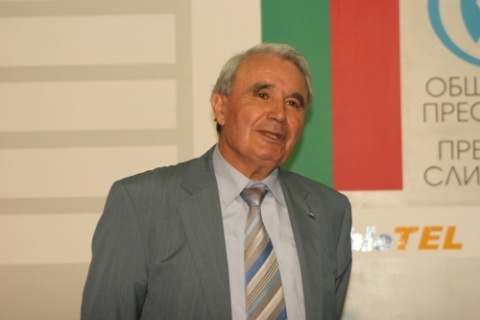 Stoyan Kushlev became Head of the so-called Kushlev Commission, (named after him), during the cabinet of former Tsar and Prime Minister, Simeon Saxe-Coburg, in 2005, and was reappointed for a second term. Photo by BGNES

The Head of the Commission, which is in charge of seizing the illegally acquired assets in favor of the State, Stoyan Kushlev, does not officially hold the title Professor.

The letter of the so-called Supreme Attestation Committee (VAK) at the Council of Ministers has been sent to the Chair of the Parliamentary Anti-corruption Committee, stating the VAK information system has no data Kushlev ever obtained a diploma for the scientific title Professor.

The letter further informs, Kushlev has a VAK-issued diploma, dated April 3, 1979, for what is now equal to a PhD title in Bulgaria and a certificate from November, 1978, for receiving the title "Senior Research Associate Second Degree."

The letter, dated February 16, 2011, is signed by the VAK Chair, Prof. Aleksander Fedotov.

The Members of the Parliament are now requesting from the Parliament's administration information if Kushlev has been receiving additional pay for the Professor title.

It was revealed recently the Head of the "Kushlev" Commission had in the last several years a skyrocketing for Bulgarian standards salary of BGN 9 000 a month.

In mid-July, 2010, Stoyan Kushlev was appointed for another 5-year term as Head of the Commission.

The order for his second and last term was signed by Prime Minister, Boyko Borisov.

Kushlev became Head of the so-called Kushlev Commission, (named after him), during the cabinet of former Tsar and Prime Minister, Simeon Saxe-Coburg, in 2005 when the Commission was founded. Prior to that Kushlev was a Member of the Parliament from the Tsar's party National Movement for Stability and Prosperity (NMSP) and head of the Hunters' and Fishermen's Union.

The Kushlev Commission has 5 members, including its Head.