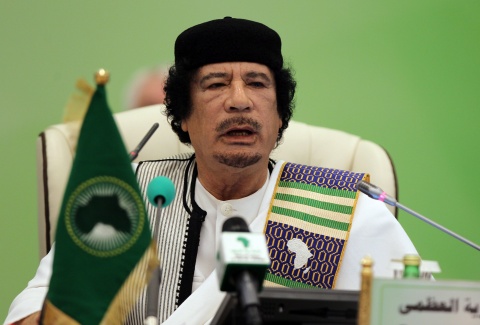 According to a Bulgarian expert on the Arab world, a murder of Libyan leader Muammar Gaddafi is possible. Photo by EPA/BGNES

The murder of Libyan leader Muammar Gaddafi is one possible outcome of the ongoing protests in the North African country, according to a Bulgarian expert.

Kiryak Tsonev, a specialist on the Arab world, said in an interview for the Bulgarian Darik Radio on Thursday that the murder of the Libyan dictator is a possible end to the protests because Libyans are emotional people.

"Libyans would first shoot and then think about what they have done. I do not rule out this option because I do not think that it is possible for Gaddafi to voluntarily give up the power. In fact, in Libya Gaddafi is nobody. He is an ordinary citizen like all the rest. He is not the president, or prime minister, or minister. He is a leader of the revolution, which is not an official post, according to the Constitution," Tsonev said.

In his opinion, the situation in the Arab country could be described as "chaos", rather than revolution. He also explained that the protests have begun from Benghazi because it was the city of the former king Ali al-Sanousi, taken down by Gaddafi, and Benghazi has become the major opposition city.

Tsonev has also stated that it was not the ordinary citizens, but Islamic tribes that are behind the protests in North Africa. However, he pointed out that their regime would be much more dangerous than Gaddafi's rule.

The expert pointed out that Gaddafi will fight in every legal or illegal way to maintain his power.

"When I watched him on TV, I saw a man who has gone out of his mind, who screams like a mad man. There has always been something crazy in him, but knowing him personally, I can say he is a typical Libyan," Tsonev said.

He quoted a Bulgarian woman who returned from Libya and said that people were shot for simply going out on the streets.

"Now this is scary. Gaddafi blamed the whole Libyan nation for being drunkards and drug addicts. To go against your own nation in this way is too much," Tsonev said.