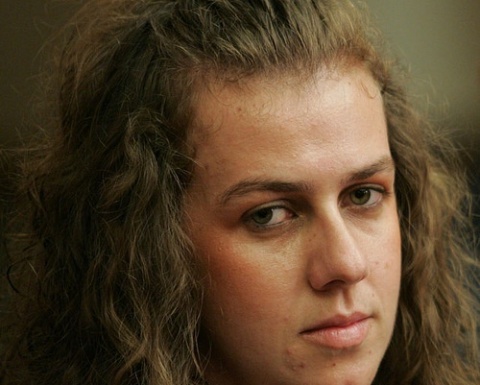 Spaska Mitrova lives in Macedonia, holds a Bulgarian passport and perceives herself as Bulgarian. Photo by BGNES

The Supreme Court of Appeals in Macedonia's Skopje granted on Wednesday custody rights to Bulgarian mother, Spaska Mitrova, who was thrown for three months in jail in 2009 for preventing her former husband from meeting their child.

The rule is final.

The news was reported by the Member of the European Parliament from Bulgaria's far-right, nationalist Ataka party, Dimitar Stoyanov. Mitrova currently works as Ataka advisor in the EP.

Stoyanov says the rule is a huge victory for the cause of Bulgarians in Macedonia, adding the girl will be reunited with the mother very soon. He alarmed about improper behavior of the staff at the social home where the girl was placed awaiting the court decision – workers at the home kept telling her she was abandoned by her mother.

Mitrova commented she is elated by the outcome of her 4-year-long saga.

Stoyanov further vowed his party was to continue the fight about Bulgarians in Macedonia.

In October 2010, the Court in the town of Gevgeli awarded custody rights to Mitrova, but the prosecution appealed.

In March 2009, the same Court ruled to give custody rights to the father of 3-year old Suzanna and Mitrova's estranged husband, Serbian Voislav Savic.

The trial was opened anew following an express ruling of the Skopje Court of Appeals, which respected Mitrova's claim.

The infant has been taken away from the mother by force, following a series of contradictory court decisions.

The young woman, who lives in Macedonia, holds a Bulgarian passport and perceives herself as Bulgarian. She was sentenced and served time in a Macedonian prison over charges she did not allow her husband to see Suzanna. She was released on parole, but then the parental rights case began.

Mitrova has been the cause of diplomatic scandal between the two countries since 2009.

In the aftermath of the news about the Court's rule in March, the Bulgarian Foreign Affairs Ministry expressed deep concern over the way the custody trial was held, defining it as non-transparent and staged in the conditions of a very negative public environment, which included physical force, detention, and depriving the mother of her right to see her child.

The Ambassador of Macedonia to Sofia, Alexander Vasilevski, was summoned the next day to the Bulgarian Foreign Ministry to provide clarifications about the Macedonian position regarding the Gevgeli court rule.

In mid-March, the Bulgarian Members of the European Parliament from all political groups decided to notify EU Commissioner for Enlargement and European Neighborhood, Stefan Fule, about Mitrova's case.