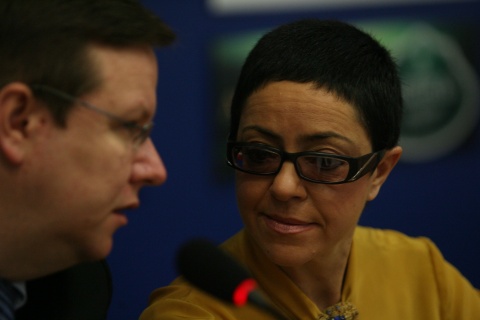 "We are expecting tomorrow the report of the National Revenue Agency, NRA, about Tsvetanov's properties and we suspect facts will be either twisted or concealed. This is why we give this press conference now, to prevent the public from falling in this trap," the weekly's Editor-in-Chief, Kristina Patrashkova, said, adding the paper had been contacted by NRA employees alarming them about the cover-up.

The results of the NRA probe of the Minister's apartments were supposed to be announced in the Parliament last Friday, but never materialized. Under pressure from the opposition Bulgarian Socialist Party (BSP), Prime Minister, Boyko Borisov, questioned NRA Director, Krasimir Stefanov, who promised to announce the results this Friday, February 25.

Galeria stated they have a witness, who will soon testify, he received a large sum on loan from Tsvetanov and that the latter's finances have been going through his in-laws.

From 2004 to 2010, the two retirees have given the Minister's family BGN 150 000 by opening a total of 14 bank accounts, most in EIBank, which is associated with the former, live-in girlfriend of Prime Minister, Boyko Borisov.

Patrashkova says the source of the money is unknown, adding documentation, now in Galeria's possession, shows Tsvetanov has laundered the money through his in-laws. The documents include a notary deed from 2007 about a BGN 30 000 gift, an unusual move for parents giving to their children, and most likely part of a plan to deal with a possible tax probe, Patrashkova says.

Galeria further announced they have documents about Tsvetanov's trips abroad – 34 such trips in the last 6 years, all personally paid for by the Minister. He had declared traveling on private business matters 28 times – to Austria, Belgium, France, Turkey, Germany, Spain, Greece, Macedonia, the USA, Poland, Hungary and Italy. Some countries have been visited several times while for 13 of the trips, Tsvetanov's return to Bulgaria has not been noted at the border checkpoints.

The weekly estimates the travel had cost at least BGN 100 000 just for him and assume he did not travel alone, but with his entire family, as he usually does, thus the amount could be much higher.

Regarding the recent blast in the paper's offices, Patrashkova stated the investigation is attempting to frame the guard on duty as being the perpetrator.

"We know it is important for those in power to both find the attacker and show he is someone close to us," the Editor-in-Chief pointed out.