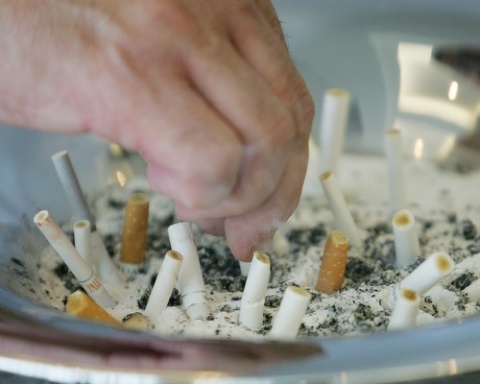 Bulgaria has one of the highest smokers' rates in the EU at some 39% of people declaring themselves daily smokers, topped only by Greece at 42%. File photo

A large majority of Bulgarians – 72.3% are in favor of a full smoking ban in public spaces, according to a Health Ministry poll.

These respondents say the ban must be implemented immediately.

The poll has been conducted among 1 862 Bulgarians from January 24 to February 21.

22% are against a smoking ban in indoor public spaces; 2.6% support delaying the ban by one year while 3.1% want the ban to be postponed for two and more years.

In mid-February, the Health Ministry launched mass checks across the country to counter violations in the new smoking-restrictive rules. The checks will end on March 18.

According to the new rules, in effect since the last days of 2010, indoor smoking in restaurants, clubs, bars, hotels, railroad stations, airports, malls, offices and schools is allowed only in separate spaces with closing doors.