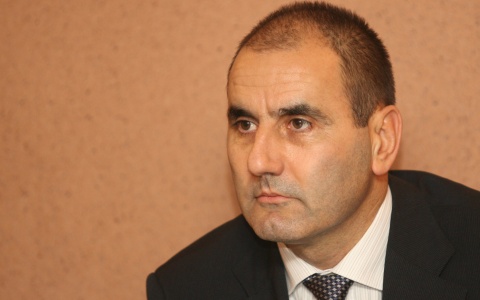 According to a Bulgarian daily and Interior Minister Tsvetan Tsvetanov, employees of the State Agency for National Security have been paid for leaking taped phone conversations discrediting high-rank government officials. Photo by BGNES

Employees of the Bulgarian State Agency for National Security (DANS) have been paid EUR 200 000 for leaking USB ports with taped phone conversations between senior government officials, according to Bulgarian daily "24 Chasa".

The Bulgarian daily published Tuesday that it has informed sources, which confirmed that the leaked conversations between high-rank government officials and Customs Agency head Vanyo Tanov, taped via special surveillance devices, came from DANS employees in return of EUR 200 000.

The publication also stated that another EUR 50 000 have been spent on processing the conversations on a computer.

The sources of "24 Chasa" have also stated that they know who gave the money for the leaking of the USB ports.

In an interview for the Bulgarian National Television on Tuesday, Bulgaria's Interior Minister Tsvetan Tsvetanov also said that there was probably a financial incentive for releasing the taped conversations.

"We can only guess, but in any case there was a financial or another aspect for measuring this service," he said.

On Monday, the minister stated that a DANS employee has failed a polygraph test designed to figure out whether he had anything to do with the recent leaks of classified information.

Even though the polygraph test cannot be used as official evidence, Tsvetanov was convinced that the whole wiretapping scandal has been triggered by the State Agency for National Security.

Last Thursday, Tsvetlin Yovchev, former head of the agency, became the first victim of the eavesdropping scandal involving top officials, as Bulgarian PM Boyko Borisov accepted the resignation he submitted "due to the government's consistent lack of trust in his skills".

Before Yovchev resigned on Wednesday, Borisov said he would execute changes in DANS without hesitating if its leadership fails to provide security of information and to stop the scandalous leaks of classified information