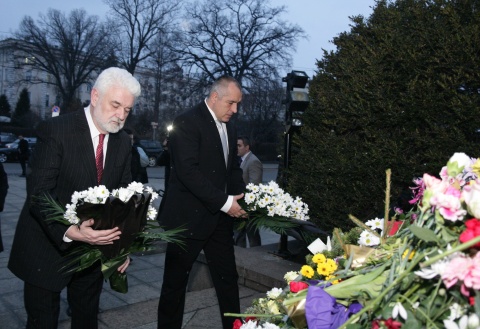 Later Monday night, however, Borisov and Cvetcovic together laid flowers at the monument of Vasil Levski in downtown Sofia, apparently as a gesture of conciliation on part of the Serbian government.