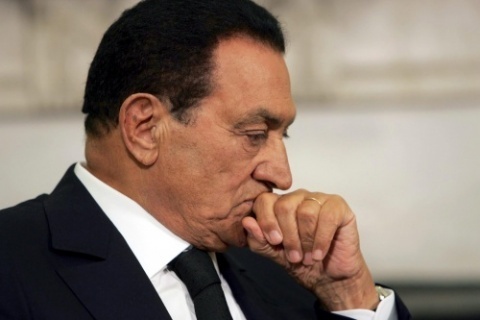 Hosni Mubarak recently stepped down from office after 29 years and 4 months. Photo by EPA/BGNES

Egypt's ex-President Hosni Mubarak and his entourage lorded over tens of millions of Euros in Swiss banks, he Swiss Foreign Ministry said Sunday.

On February 11, Switzerland became the first country which froze the the former President's assets just 2 hours after he stepped down as a result of mass protests against his rule.

According to Stefan von Below, the Ministry's spokesperson, it has since then received notifications from financial institutions "concerning amounts pertaining to tens of millions of (Swiss) francs,"

"We do not yet know if these funds are legitimate or not," von Below said, clarifying that "the competent judicial bodies will decide who are the entitled parties" if the funds were obtained illegally.

Switzerland can provide assistance to Egypt to recover any assets considered to have been illicitly obtained by the Mubarak group should the country’s new government file a legal request for help.

Recently. Global Financial Integrity, a Washington group that tracks corruption in the developing world, estimated that some USD 57 B in illicit assets left Egypt between 2000 and 2008.

Meanwhile, Egypt's neighbor Libya is on the brink of civil war, as at least 50 died and over 200 were injured during vast demonstrations leading to clashes with police on Sunday. .