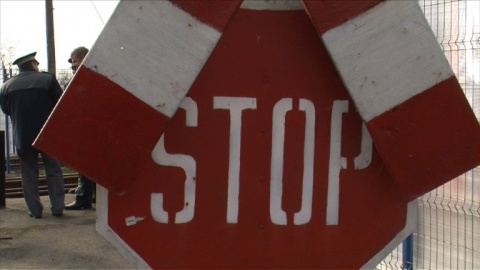 At the end of last year France and Germany said that it was "premature" to let Bulgaria and Romania enter the passport-free travel area in March 2011. Photo by EPA/BGNES

Bulgaria and Romania's prospects of joining the Schengen border-less zone will be highly improved if the next European Commission report on judicial reform and corruption fight, due in July, is more positive, according to insiders.

Bulgaria and Romania, which have been coupled ever since their joint accession to the European Union in 2007, aim to enter the Schengen zone in March this year, claiming that all requirements for it had been met.

Accession in March however has been practically blocked because of the vehement opposition of key EU member states, most notably France and Germany, which left Sofia and Bucharest hoping to be admitted into Schengen in October.

The EU heavyweights cited lack of progress on fighting corruption and organized crime as the main reason for their stand, even thought the two issues are not formally linked.

"Bulgaria and Romania's case might be helped if the next commission reports - due in July - were more positive," an EU diplomat told the German Press Agency dpa, referring to the countries' Schengen aspirations.

The statement came just two days after the European Commission interim reports on the two countries' judicial reform and fight against corruption painted a mixed picture.

Bulgaria is committed to implementing its judicial reform strategy, the report has found, and has created a specialised court and prosecution office for organised-crime cases. Convictions in high-level corruption cases have increased, but there have also been prominent acquittals, the report notes.

However, Bulgaria should improve the structure and management of the judiciary, the police and investigative bodies, according to the report.

The Commission's reports under the Cooperation and Verification Mechanism (CVM) are published twice a year. The reports are based on contributions from the Bulgarian Government, the Commission services, Member States and NGOs.

The Mechanism was set after Bulgaria's  EU accession on 1 January 2007 over weaknesses remaining in the areas of judicial reform, the fight against corruption and organized crime to assist Bulgaria to remedy these shortcomings but also to regularly verify progress against six benchmarks set for this purpose.