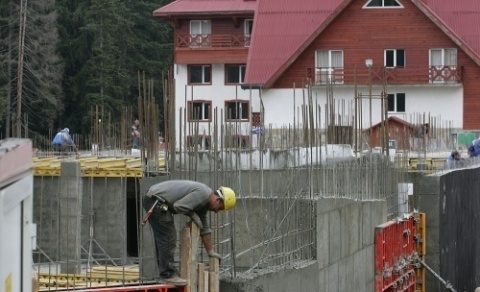 According to real estate agents, the residential property prices in Bulgaria have stabilized. Photo by BGNES

Residential property prices in Bulgaria have stabilized around the level from last year, while the volume of transactions has begun to increase.

According to the Bulgarian National Radio (BNR), the market is driven by buyers who spend between EUR 45 000 and EUR 65 000 for property, real estate agents said.

Russians are the main players on the Bulgarian property market, BNR informed.

Last year, real estate prices dropped by 25-30% and these are the levels around which the market will stabilize in 2011.

Real estate agents have stated that the crisis n the sector remains, but there is a limited supply of the most demanded apartments of two and three rooms. They are offered at a price between EUR 45-65 000, which is as much as Russians pay for a second residence at the Bulgarian Black Sea coast.

Bulgaria still ranks first in Russia in terms of countries which attract the most buyers in the middle segment.

However, there is a growing interest towards Bulgarian holiday homes from Greece, Turkey and Macedonia, and potentially from Poland.