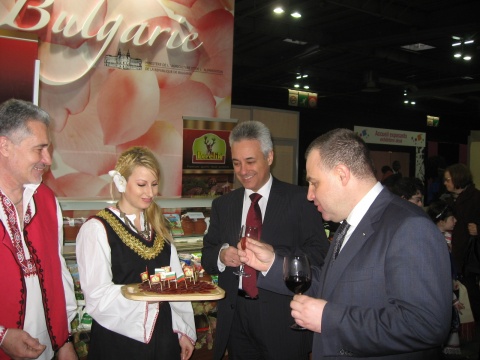 Bulgaria can attract French business partners with its capacities in the production of rose products, wines and cheeses, according to Bulgarian Minister of Agriculture Miroslav Naydenov.

The Bulgarian Minister of Agriculture was provocative in stating that Bulgaria has a very good position in attracting business attention precisely in fields such as cosmetics, winery and diary production, in which France is traditionally strong.

At the same time, Naydenov stressed that Bulgaria has to put more efforts in developing its potential in the agriculture sector, which has been neglected in previous years.

The Paris International Agricultural Show is one of the world's most high-profile fairs in the field, and its opening Saturday was attended by a number of international and local government representatives, including French President Nicholas Sarkozy.