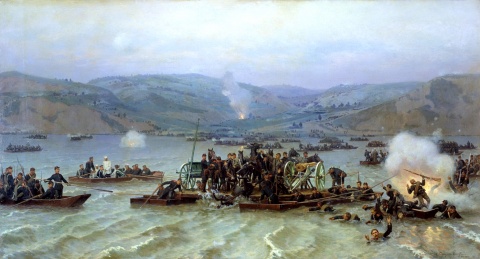 Photographs of atrocities allegedly committed by the Russian army during the Russo-Turkish war of 1877-8, that resulted in Bulgaria's liberation from the Ottoman Empire, are on exhibit in Berlin.

The show stages Ottoman documentary photographs of civilians who have been killed or maimed at the hands of the Russian army, report the Frankfurter Allgeimene Zeitung and Deutsche Welle Bulgaria.

The photographs have been recently uncovered by German Ottomanologist Elke Hartmann. The exhibit at the Berlin Academy of Sciences is organized by Bulgarian art historian Martina Baleva, who is working in Germany.

In 2007 Baleva raised controversy in Bulgaria by investigating how art helped create the story of the Batak Massacre (1876), in which Bulgarian civilians, including women and children, were slaughtered en masse.

The photographs now on show in Berlin were commissioned by Ottoman Sultan Abdul Hamid II and were sent out to Western governments and media in a bid to make them sensitive to the Ottoman position after the Empire lost the war.

The researchers say that the photographs throw interesting light on the development of media. To address their intended audience, the pictures sometimes used Christian symbolism and were manifestly against Muslim prohibitions to depict the human body.

Abdul Hamid II himself was an avid collector of photographs about life in the empire and was keen to use the medium for state propaganda.

The photographs on show in Berlin depict a massacre in the district of Eski Zaara (now Stara Zagora), which it is claimed affected some 20,000 Muslim civilians.

At present, internationally recognized history holds that a great number of the civilian victims in the 1877-8 war fell in the Zagora region, with some 200,000 killed and another 100,000 displaced.

Researcher Elke Hartmann discovered the pictures in the archive of the German Ministry of Foreign Affairs, where they were received from Turkey back in the day.