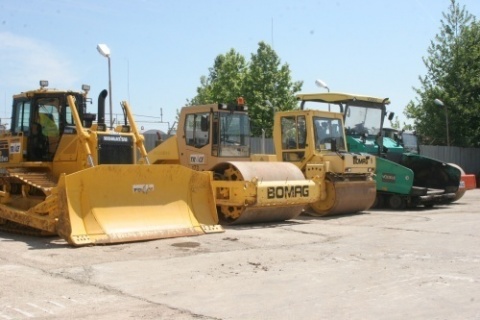 The estimated value of Lot 1 of Maritsa highway is BGN 150 M; the construction deadline is 25 months from the signing of the contract. File photo

Ten companies have submitted bids for the construction of Lot 1 of the "Maritsa" highway from Orizovo to Dimitrovgrad.

The proposals will be open Friday. A total of 44 companies have purchased the public tender documentation. The estimated value of the 31-km road is BGN 150 M; the construction deadline is 25 months from the signing of the contract.

All Bulgarian companies have submitted joined bids with foreign ones over the more demanding requirements, especially the one for a certain yearly turnover.

Trace Group Hold is represented by its Stara Zagora subsidiary BSI and participates together with the Croatian "Constructor," which also bid for the Trakiya highway.

The other large Bulgarian company – Glavbolgarstroy is in consortium with the Bulgarian Patstroy 92 and ISA 2000, and the Italian Inpressa.

Holding Patishta (Holding Roads) is the only one of the big Bulgarian construction companies to miss the public tender. Representatives of the company, cited by the Bulgarian daily "Dnevnik," say they will take part in the bid for Lot 2 of the highway.

The Greek Aktor, building the Trakiya highway between Nova Zagora and Yambol, the Greek Terna and Austrian Strabag and Alpine are also among the bidders.

The public tender for a company to carry out construction control for the same Lot is also open and has 12 bidders.

For Lot 2 from Dimitrovgrad to Harmanly the deadline for submitting proposals is 3 pm on February 28, and the bids will be open on March 1. The section is 34-km long; the estimated value is BGN 200 M; the construction deadline is 27 months from the signing of the contract.

The Maritsa highway construction will be simultaneous to its project design. The archeology digs and the appropriation of some lands are also pending.

The public tender requirements were made stricter compared to those for the Trakiya highway after Moststoy, the company building the segment between Yambol and Karnobat, declared bankruptcy. For this reason, only companies which have previously built highways can now bid for Maritsa.