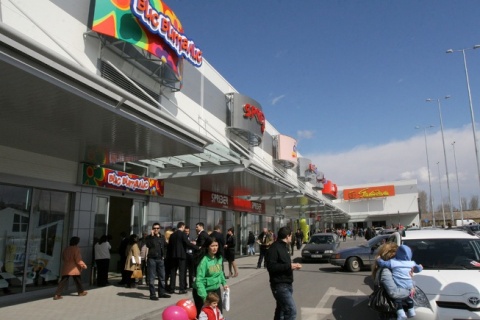 Europa Capital, member of the US real estate company Rockefeller Group, announced it has entered into an agreement to acquire Retail Park Plovdiv, Plovdiv, Bulgaria, from Landmark Property Management.

This investment represents the first asset to be acquired by Europa Capital in Bulgaria. The transaction volume for the investment is EUR 20 M.

The asset will be managed by Alfa Property Management.

"We are delighted to have secured our first asset in Bulgaria, which represents a quality investment with a strong tenant roster," Tim Norman, Chairman of the Europa Emerging Europe Fund, commented.

Rockefeller, established in 1928 by John D Rockefeller to develop the eponymous centre in Manhattan, which is now owned by Japan's Mitsubishi Estate, acquired a 75% stake in Europa Capital in a deal that created a USD 20 B fund management group.

London-based Europa is a private equity real estate fund manager with more than EUR 2 B of asset under management.

It has raised six opportunistic real estate funds and invested more than EUR 6 B in 17 European countries since 1995. It is currently investing its third regional fund as well as another focused on Eastern Europe.

The real estate fund manager Europa Capital declared its interest in the Bulgarian market as early as in 2007, when it said it is looking at a commercial center in Bulgaria.

After the recession set in, the company was forced to postpone its plans, but in March last year announced its determination to make a comeback in Eastern Europe after an absence of more than two years. It said it is in talks for the purchase of an office project in Sofia.

The company says it is planning to invest over EUR 100 M in key markets like Romania, Bulgaria, Turkey and the Western Balkans.