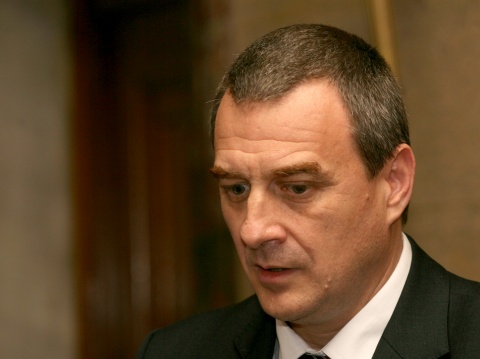 Tsvetlin Yovchev submitted his resignation on Wednesday, asking Borisov that he is dismissed from office due to the government's consistent lack of trust in his skills.

Before Yovchev resigned on Wednesday, Bulgaria's Prime Minister Boyko Borisov said he would execute changes in DANS without hesitating if its leadership fails to provide security of information and to stop the scandalous leaks of classified information

The Prime Minister referred to the scandal which erupted last month when the controversial Galeria weekly published transcripts of taped phone conversations between senior government officials and Customs Agency head Vanyo Tanov, which prompted Borisov to seek and win a confidence vote in Parliament on January 20.

Two weeks ago, the 24 chasa daily said there is a serious conflct between the two isntitutions, with the Interior Minsistry constantly accusing DANS for the leak – which might have prompted Yovchev's resignation.

The office of Galeria was destroyed by a blast on Wednesday. The perpetrator is yet unknown.

Meanwhile, Vanyo Tanov's former deputy, Antoni Strandzhev, who also participated in the leaked conversations, stated before the bTV private channel on Thursday that that people from the "excise duty sector" had given BGN 4 M as a bribe to a senior civil servant, demanding that Tanov and Strandzhev should be arrested.

"The goal was the removal of me and Tanov because many interests have been affected," Strandzhev said.