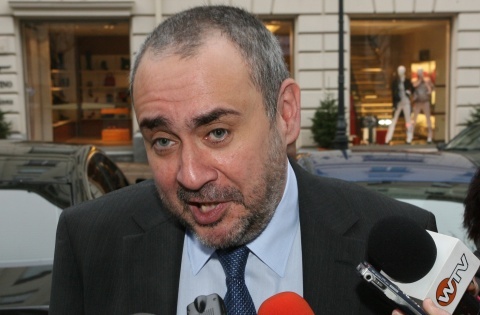 According to Bulgaria's Chief Prosecutor Boris Velchev, the resignation of the director fo DANS, Tsvetlin Yovchev, has nothing to do with the eavesdropping scandal. Photo by BGNES

On Thursday, Velchev said that the State Agency for National Security (DANS) director is a worthy man and that based on his reasons, his resignation has nothing to do with the eavesdropping scandal involving top officials.

On Wednesday, Yovchev said he was leaving his post because Prime Minister Boyko Borisov's government did not trust him.

His resignation follows last month's leak of conversations, taped by DANS, to the public via a weekly newspaper, sparking a scandal. The leaked conversations implicate officials, including Borisov, as corrupt.

Bulgaria's chief prosecutor said Thursday that the investigation on the eavesdropping scandal continues. He added that new witnesses were questioned on Wednesday in order to clarify who had access to the information from the special surveillance devices and how was the leaking possible technically.