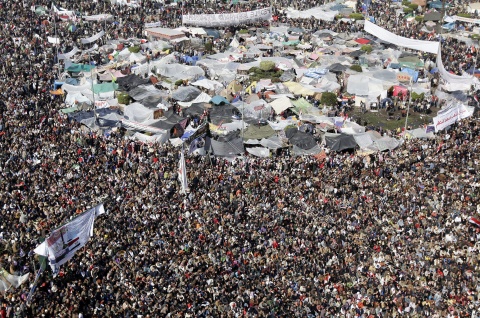 The Egyptian army issued an important statement Friday which was read as supportive of the demands of protesters, as it vowed to protect them and demanded constitutional change and free elections.

Earlier Friday the announcement for an imminent position from the army heightened fears the country might be on the brink of a military coup.

In the statement read out on Egypt's state TV, the Egyptian army warned against any encroachment on the security of the country's citizens and vowed to protect them.

The army also vows to terminate the martial law in force since the murder of former President Anwar Saddat in 1981, as soon as the current turmoil is over. This was read as highly supportive of protesters, as martial law severely limits the right to protest.

The army further promises free and fair presidential elections, as well as constitutional changes for Egypt.